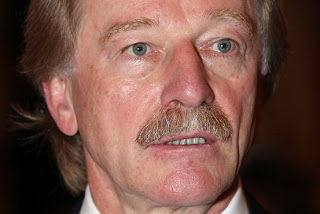 Mr. Mersch, who is also governor of the Bank of Luxembourg, called for earlier action and near-automatic sanctions against countries with deficits that exceed 3% of gross domestic product, the European Union limit.

"Recent European proposals on euro-zone economic governance are a step in the right direction, but are not ambitious enough to ensure healthy and effective functioning of the monetary union," Mr. Mersch wrote in an end-of-year address.