Ailing Greece Struggles with an Influx of Illegal Migrants 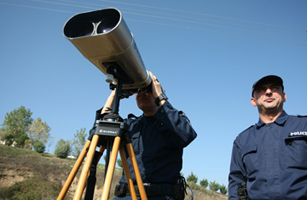 Rasha had a simple dream when she left Gaza's al-Shati camp a month ago. "Job, food, house," she says. "Or at least hope for this." Europe, she had heard, was full of hope. So Rasha, 25, and her husband Ali, 31, sold their belongings and borrowed from friends and relatives to pay a smuggler nearly $2,000 to help them and their 4-month-old son Yusef get there. One November night, they crossed the Evros River that marks the land border between Greece and Turkey. At dawn, Greek police found them at a dilapidated train station and sent them to the Fylakio detention center near the northeastern Greek city of Orestiada.

After three days at the center, which Rasha says was so crowded with migrants that she couldn't see the floor, the family got out. Now they're outside Fylakio waiting to board a bus bound for Athens, where they know no one. "I am hoping," says Rasha, as Ali holds their exhausted son. "And I am so happy."

Considering the rise in migrants traveling to Greece, and the poverty and bureaucracy that keeps them stuck there, Rasha's optimism might soon disintegrate. So far this year, more than 90% of illegal migrants to Europe have entered through Greece, according to Frontex, the E.U.'s border-patrol agency. Until recently, Italy, France and Spain were the most popular entry points for illegal immigration into the continent. But increased coast-guard patrols in the past couple of years have blocked routes by sea, forcing migrants to find a new way in. "Smugglers were being arrested, prosecuted and imprisoned, so criminal networks shifted their route to this area around Orestiada," says Frontex spokesman Michal Parzyszek.