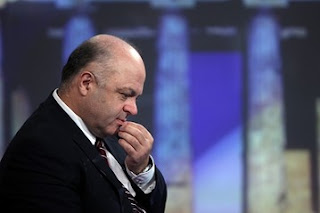 Greece’s Finance Ministry has taken exception to a post on this blog that argued the government’s deficit reduction program is missing its target. It has sent the following letter from George Zanias, chairman of the ministry’s Council of Economic Advisors. It is here reproduced in full.

Charles Forelle’s piece (“Greece veering off target”) includes certain inaccuracies and is misleading. Its premise is wrong: Greece has not asked its partners to prolong the repayment of the €110 billion package. It is pursuing its fiscal consolidation and structural reform programme as designed – and doing so quite successfully, as is widely acknowledged and reflected in tightening spreads in the market.

More
Posted by Yulie Foka-Kavalieraki at 2:39 AM