Brussels, we have a problem. A growing one.

According to the Daily Telegraph, Portugal, apparently taking collateral damage in credit markets from Ireland's reluctance to accept a bailout and apparently using the latest dust-up for cover, is now suggesting it's "on the brink of seeking help from Brussels after Ireland confirmed it had begun preliminary talks over its debt problems."

In credit default swap markets, Ireland and Portugal are already priced as the highest default risks in the European Union after Greece. 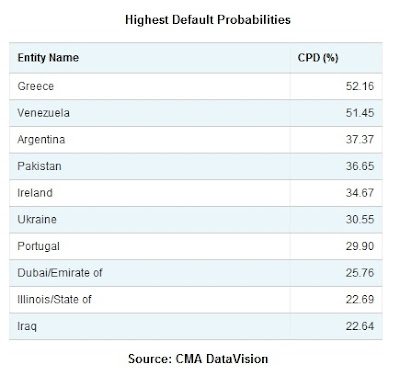