2010 Nobel Laureate in Economics Christopher A. Pissarides on European Unemployment 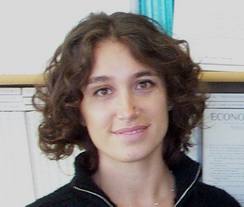 "The Ins and Outs of European Unemployment"
by Barbara Petrongolo and Christopher A Pissarides (Department of Economics and Centre for Economic Performance, London School of Economics)

In this paper we study the contribution of inflows and outflows to the dynamics of unemployment in three European countries, the United Kingdom, France and Spain. We compare performance in these three countries making use of both administrative and labor force survey data. We find that the impact of the 1980s reforms in Britain is evident in the contributions of the inflow and outflow rates. The inflow rate became a bigger contributor after the mid 1980s, although its significance subsided again in the late 1990s and 2000s. In France the dynamics of unemployment are driven virtually entirely by the outflow rate, which is consistent with a regime with strict employment protection legislation. In Spain, however, both rates contribute significantly to the dynamics, very likely as a consequence of the prominence of fixed-term contracts since the late 1980s.

Posted by Yulie Foka-Kavalieraki at 11:05 AM