Q&A: Michael Lewis Talks About the Banks That Brought Down Greece 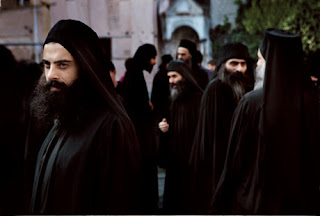 In the October issue of Vanity Fair, Michael Lewis investigates the cause of the Greek financial crisis, one that translates to nearly a quarter-million dollars for each working Greek citizen. In V.F.’s April 2009 issue, Lewis examined the financial disaster in Iceland, winning Loeb and Overseas Press Club awards for his report. Lewis differentiates the two crises in this month’s article, writing, “In Greece the banks didn’t sink the country. The country sank the banks.” Aside from rampant tax fraud, nefarious number crunching by the Greek government, and more than one riot, Lewis found an affable group of monks living on a peninsula in northeastern Greece. The Vatopaidi order has been the recipient of much of the Greek outrage and the center of a parliamentary inquiry into its real-estate empire, which some speculate to be worth more than $1 billion. Lewis spoke with VF Daily about how Greece is the Pittsburgh Pirates of Europe, why Germany has the right to be self-righteous (for once), and why he is betting against the U.S. Treasury.