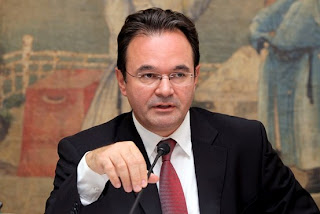 The International Monetary Fund hasn't ruled out putting together more aid for Greece to help the country stave off an unlikely default, if ever needed, a person familiar with the matter said.

In May, the IMF, European Commission and European Central Bank gave Greece access to a €110 billion ($143 billion) rescue package to avoid bankruptcy in exchange for strict austerity measures.

"Despite the exceptional access and support Greece has been given so far, that does not of itself preclude a future follow-up or additional arrangement with the IMF after its expiration in three years," the person said.

This is the first hint that the IMF and other international lenders won't let Greece slide into bankruptcy if the country can't regain the confidence of markets, even after meeting the stringent conditions of the current assistance. The IMF is biding its time and hoping Greece rights itself without an extension of aid, bond-market analysts say. The fund doesn't want to pre-empt Greece's re-entry into borrowing from international markets, which is slated for next year, a senior analyst added.