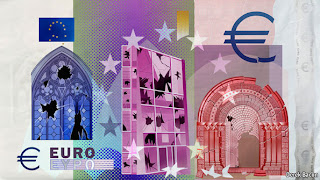 Historians may look back on 2010 as the year when time sped up in continental Europe. A region that has been habitually slow to tackle its economic problems and that puts greater emphasis on reaching “consensus” than on reform has packed a decade’s worth of change into a few short months.

First Greece, the euro zone’s most fiscally incontinent country, was spared from default by a €110 billion ($145 billion) bail-out, mainly from other euro-zone countries, partly from the IMF. As the sovereign-debt crisis threatened Ireland, Portugal, Spain and perhaps others, a €440 billion fund, the European Financial Stability Facility (EFSF), was conjured up in a weekend (with promises of €250 billion more from the IMF) as a backstop for countries should they be shut out of bond markets. The three big ratings agencies gave the EFSF a AAA grade on September 20th.

The European Central Bank (ECB) has since spent more than €60 billion buying the government bonds of troubled euro-area countries to help put a cap on yields and keep markets in these bonds functioning. Countries from troubled Portugal to well-off Germany have set out plans for cutting their budget deficits. Spain has embarked on reforms to free its notoriously rigid jobs market that would have seemed unthinkable a year earlier.