Europe is Acting as Though it Wants to be Left Behind 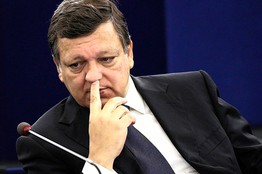 If José Manuel Barroso was hoping to emulate successive presidents of the United States with his first "state of the union" address to the European Parliament on Tuesday, he will have been disappointed. Typically, in Washington, the president is applauded wildly by his supporters, receiving numerous standing ovations at appointed moments. Even his opponents tend to behave politely, in recognition of his status as head of state.

The European Commission president was received mainly in silence by Europe's parliament. Applause was thin on the ground, and afterwards Mr. Barroso was attacked on a number of fronts.