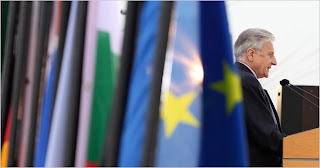 For the first time in a long life of technocratic excellence, the president of the European Central Bank, Jean-Claude Trichet, finds both his judgment and his credibility in question.

The crisis of the euro and the panic of the markets have pushed Mr. Trichet, 67, who has run the bank since 2003, into bending the rules, compromising his principles and appearing to give way to political pressure from panicked national leaders. In doing so, he may have saved the euro but lost part of his reputation for probity.