Stocks plummet as Germany gets tough on financial speculators 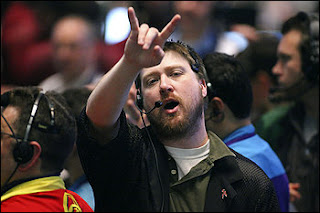 A German crackdown on financial speculators threw global markets into a tailspin Thursday, sparking the largest losses on Wall Street in a year, infuriating other European powers as they try to stabilize the ailing euro and raising questions about the ability of world leaders to coordinate their efforts at financial reform.

The measures announced unilaterally in Berlin earlier this week took U.S. and European officials by surprise, and they run counter to the broad pledges of cooperation that leaders of the world's top economies said would guide their overhaul of financial regulation. Instead of shoring up confidence in Europe's ability to address an array of economic problems, the actions -- including an outright ban on some types of aggressive stock trading -- seemed to backfire and spotlight divisions in the euro zone.