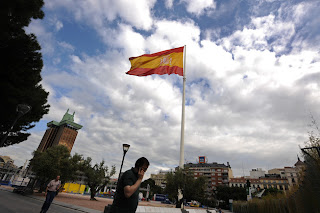 The ratings company cut the grade one step yesterday to AA+ and assigned it a “stable” outlook, according to a statement from London. Spain has held the top rating at Fitch since 2003. Standard & Poor’s lowered Spain’s ratings to AA on April 28.