One false move in Europe could set off global chain reaction 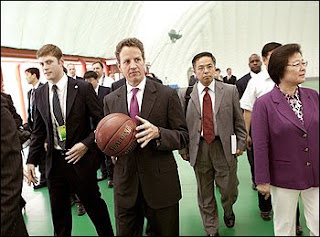 If the trouble starts -- and it remains an "if" -- the trigger may well be obscure to the concerns of most Americans: a missed budget projection by the Spanish government, the failure of Greece to hit a deficit-reduction target, a drop in Ireland's economic output.

But the knife-edge psychology currently governing global markets has put the future of the U.S. economic recovery in the hands of politicians in an assortment of European capitals. If one or more fail to make the expected progress on cutting budgets, restructuring economies or boosting growth, it could drain confidence in a broad and unsettling way. Credit markets worldwide could lock up and throw the global economy back into recession.