No going back (The euro and the future of Europe) 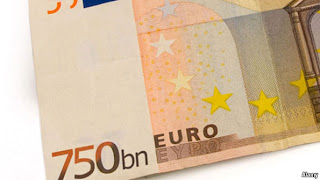 Ambitious but incomplete, the rescue plan for the euro could change the way Europe is run

Europe’s €750 billion ($950 billion) plan to defend its single currency may have been received with euphoria, but it was born of despair. When euro-zone leaders gathered over the weekend of May 8th-9th they faced the sickening reality that the fear in southern Europe’s government-bond markets was spreading to its banking system and beginning to infect global credit markets. This plan was not just about preventing Greece’s sovereign-debt crisis spreading to Portugal and Spain. It was about stemming a growing financial panic that could have plunged the world economy back into the quagmire from which it has spent the past two years struggling to escape.

So European leaders were right to act—boldly as well as quickly. For once, nobody could accuse them of lacking ambition. They have committed an awesome €60 billion of EU-backed bonds, a €440 billion fund guaranteed by euro-zone countries, and potentially up to €250 billion of IMF money. The European Central Bank (ECB), a pillar of monetary orthodoxy, turned apostate and set about buying government bonds in order to lower the cost of borrowing for the euro zone’s most troubled economies.

More
Posted by Yulie Foka-Kavalieraki at 11:28 AM