It’s Lehman the sequel, with Merkel as Bush 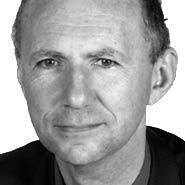 The big lesson of the financial crisis was that no bank must be allowed to fail. The same applies now to Greece.

As the Queen’s Speech yesterday was overshadowed by yet another meltdown in global financial markets, I was reminded of Her Majesty’s faux-naif remark to the learned professors of the London School of Economics shortly after the failure of Lehman Brothers in the autumn of 2008: why did no one see this crisis coming?

The economists’ official answer, conveyed after another six months of deep cogitation in a three-page letter to Buckingham Palace, was that the economics profession did, of course, see it coming and had warned all along about global imbalances, excessive borrowing and so on. The problem was that politicians, bankers and overpaid financiers did not pay enough attention to the professional economists’ warnings.