How Will Greece Get Off the Dole? 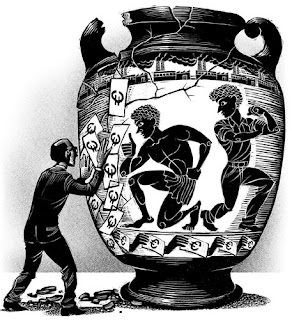 Greece is a relatively wealthy country, or so the numbers seem to show. Per-capita income is more than $30,000 — about three-quarters of the level of Germany.

What the income figures fail to capture is the relative weakness of Greece’s economic institutions. They are not remotely comparable to those of Germany and some of the other better-governed European Union nations, which is why the current crisis will prove so difficult to solve.

The European Union and the International Monetary Fund have arranged an enormous bailout package. But it’s not just a question of supplying funds to get Greece through a short-term debt crisis, or of cutting the Greek government budget, but of whether the country will see much future economic growth.