How the Greeks broke Europe 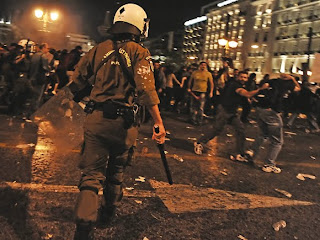 The inclusion of countries like Greece in the eurozone was a triumph of political will over economic reality. Now the laws of economics have reasserted themselves and opened the biggest crisis in EU history.

On Friday 14th May, Greeks read in their newspapers a list of 151 doctors alleged to have declared improbably low income to avoid tax. “The ‘poor’ doctors of Kolonaki,” jeered the front page of Ethnos, referring to the exclusive Athens district overlooking the Acropolis. “Tax-dodging doctors named and shamed,” said Kathimerini, adding that the finance ministry had found 57 who failed to issue receipts or record patient visits (and one who declared income of just €300 a year). Fourteen have been fined a total of €4.3m (£3.7m); four will also face criminal charges.