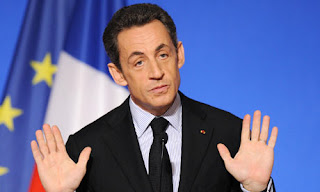 The markets were initially unsettled by news that the French president had threatened to pull France out of the eurozone.

Share prices have dropped across Europe and the euro has slid to an 18-month low against the dollar on fears that the eurozone bailout of Greece will fail and reports that French president Nicolas Sarkozy threatened to pull his country out of the single currency altogether to force Germany to agree to the rescue plan.

The panic selling has been stoked by news that Spain's underlying inflation rate turned negative in April for the first time on record, adding to fears that the country is facing a cash crunch.