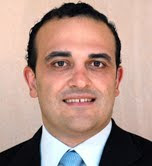 Editor’s Note: In response to the European rescue package recently announced by the European Union and the International Monetary Fund, Domenico Lombardi analyzes whether the plan can stabilize the euro, the future of the European monetary union and the implications for the U.S. and global economy.

While the European Union emergency plan led to an immediate gain in stocks, will the plan succeed in the long run? What additional action can the EU and its member states take to regain financial stability?

Shortly after the announcement of a European emergency fund to stabilize the euro-area economy, gains were seen in the financial markets. The European Stabilization Mechanism (ESM) may throw up to $1 trillion (or EUR 720 billion, including some EUR 220 billion to be provided by the IMF on a country-by-country basis) at the euro-area economies. But within hours, the euro exchange rate with the dollar soon dropped back to its pre-announcement levels.

More
Posted by Yulie Foka-Kavalieraki at 1:44 AM