Europe must reset the clock on stability and growth 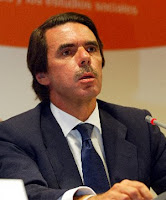 
Europe’s monetary union is in crisis once again. This is bad news since the common currency is one of the symbols of successful European integration. The challenge is to ensure that the euro continues to provide stability for all of its members. But for this to happen, Europe must understand the underlying cause of the crisis: overspending and policies that undermine economic growth.

This is not the first serious crisis in the eurozone. That was in 2002-04 and the players were different. At the time, France and Germany were not growing, unemployment in both countries was on the rise, and their public finances had deteriorated so that they were not complying with the stability and growth pact, the European Union’s fiscal rulebook. Paris and Berlin decided to change the rules of the game and relax the criteria for budget deficits. The pact was reformed to avoid the application of regulations on excessive deficits. It was a serious mistake that sowed the seeds of budget irresponsibility. Greece, but not Greece alone, took advantage of the new laxity. The eurozone is now reaping what it sowed.